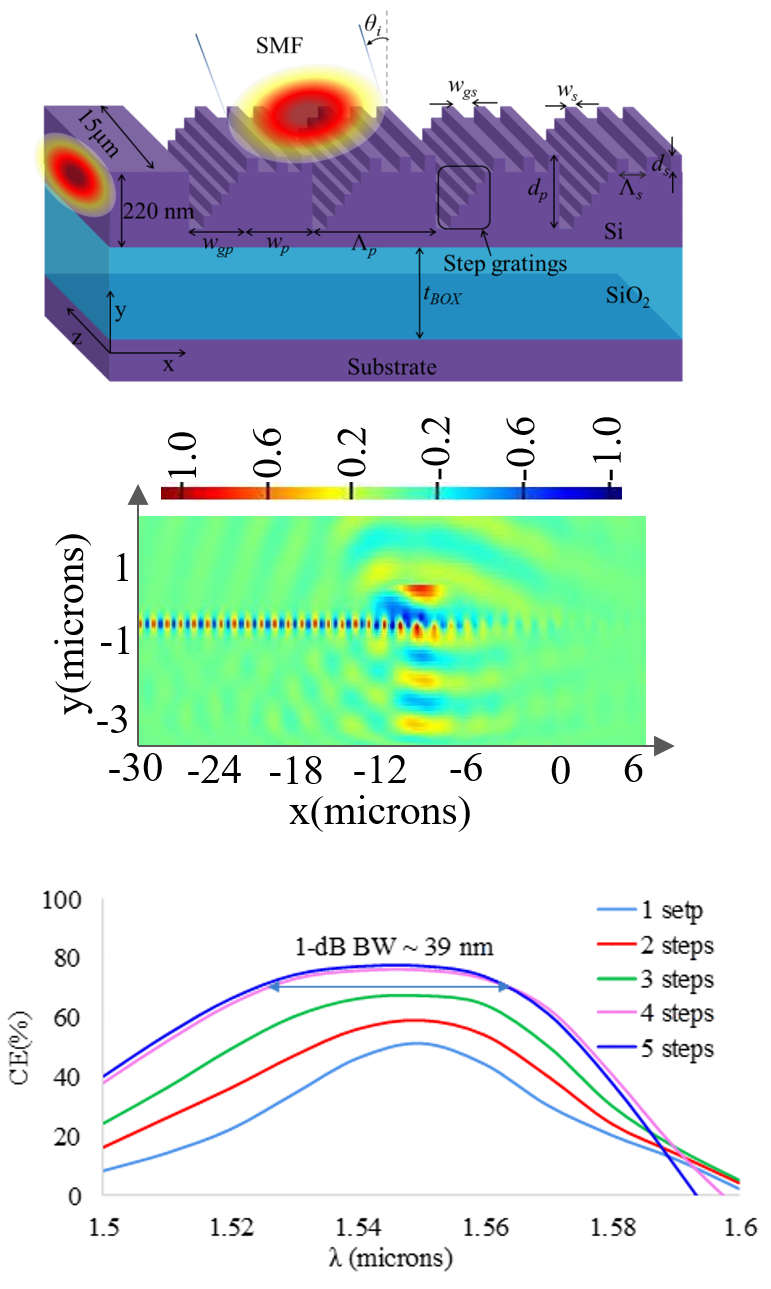 An efficient and broadband perfectly vertical grating coupler is reported based on asymmetric grating trances on SOI.  The symmetrical nature of the diffraction is broken by implementing steps grating at one end of the primary groove while another end kept unaltered. The vertically incident light on the engineered subwavelength grating surface diffracted and coupling with the nano waveguide efficiently for the broad wavelength range in the C band by reducing backward propagation, reflection at the incident and coupling into the substrate simultaneously.

NV+ has historically been considered a dark state due to absence of experimental photoluminescence. Our work reveals that there is an optically active singlet-singlet transition approximately 16x less bright than the analogous triplet-triplet transition of the NV- charge state.

Our work in NV+ is a step towards unlocking applications such as quantum memory. We demonstrate that the lack of optical signature used for identification is not reliable and we subsequently provide predictions to guide experimental investigation. This will be useful for experimental work with NV defects in diamond as well as a motivation for further theoretical work investigating potential charge dependent quenching mechanisms.

Our method works for defects with the same symmetry in ground and excited state, which could not necessarily be treated by existing methods.

This is accomplished by using a cluster calculation with TD-DFT and applying a low frequency cutoff to recreate the solid-state.

The low frequency cutoff is shown to eliminate vibrational modes unique to the surface of the cluster, and demonstrates a connection between cluster and solid-state.

Our method has been recently published in Journal of Applied Physics.

Congratulations to Rob, Jean-Luc and our collaborators!

From the press article by Physicsworld:

Topological insulators are a recently discovered phase of matter that are electrical insulators in the bulk but which can conduct electricity on their surface via special “topologically protected” surface electronic states. These states have remarkable properties, including the fact that they are robust to defects and noise in the surrounding environment. A team of researchers in Australia, Italy and Switzerland have now shown that topological states made from single photons can be used as quantum bits (qubits) to process quantum information in a reliable way. The work could help in the development of more robust quantum computers.

These results have recently been published in Science Advances.

PhD Scholarships available in the CQC2T at RMIT University

The ARC Centre of Excellence for Quantum Computation and Communication Technology (CQC2T) has PhD Scholarships available for prospective students. 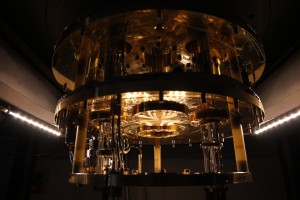 Candidates will have a degree in physics, material science, micro-nano technology, electronic engineering or equivalent. 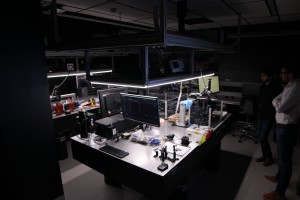 CQC2T is a research partnership between groups across Australia. The Centre is funded for 7 years to develop novel quantum technology.

New laboratories have been in preparation for the past year at RMIT University. Alberto Peruzzo will direct this node of the Centre with focus on developing photonics quantum technology. 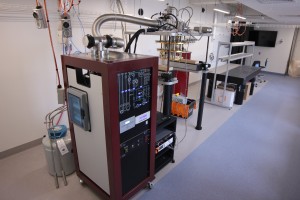 laboratories for single photon experiments; a wet lab with fume hoods, sample preparation tools and a dicing saw; prototyping laboratories; and a cryogenic laboratory with a 1 Kelvin cryostat.